I’m so excited to welcome Lucette Nel to Romancing History for the first time. “Lucy,” as she is known to friends and family, is not only a fellow Christian historical romance author, she is a dear friend and a critique partner. Lucy’s newest release, A Match of Sorts, released earlier this month with Harbourlight Books, an imprint of Pelican Book Group.

And, with Christmas just around the corner, she came bearing gifts! Lucy is generously giving away an Ebook copy of each of her novellas!  To enter, leave a comment or ask Lucy a question by Friday, December 15. I’ll choose one random participant to receive a copy of A Match of Sorts and another to receive The Widow’s Captive. Want to increase your chances? Sign up to receive Romancing History in your inbox and I’ll enter your name twice! Unfortunately due to a snafu with my IT department (aka hubby), I lost many of my subscribers. So if you signed up in the past but haven’t been receiving Romancing History in you inbox, this is a great opportunity to sign up again.

Before we chat with Lucy and learn more about her and A Match of Sorts, here’s a blurb about her latest novella. 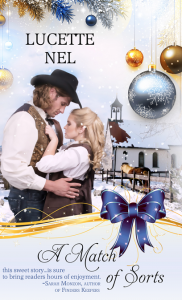 As Christmas approaches, widowed Reverend Caleb Brennan needs a wife, or his vengeful father-in-law will take his young daughters. When his mail-order bride jilts him, Caleb grows desperate. During a storm, he finds an unconscious boy outside his home with signs of foul play. Despite his previous misfortune, obligation compels Caleb to lug the stranger inside. But as he provides first aid, he discovers more than he expected. Bounty hunter Grace Blackwell refuses to owe a debt to any man, especially one as charming as Reverend Brennan. To repay him for saving her life, Grace agrees to pose as his mail-order bride. If their ploy is discovered, Caleb could lose his daughters. But in their pretense, the reverend and the bounty hunter might just both lose their hearts.

RH: Welcome Lucy! Please tell us a little bit about yourself. How long you’ve been writing? How many books you have published and what era(s) do you write in? What are you working on now? 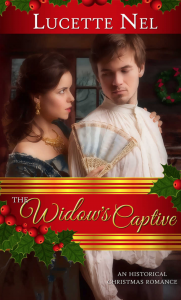 LN: Wow. I’ve been writing for 19 years this year, most of those years I refer to myself as a closet writer because I did it in secret. Only a selected few people knew I wrote.  In 2010 I started to actively study the craft. So far most of my works are or were historical romances set in pioneer America. Currently I’m published in novella length. My first novella, A Widow’s Captive, released in December 2016.

​I’m working on two full length novels​ ​at the moment and will be participating in February 2018’s #Faithpitch​ on twitter.

RH: What is your favorite historical romance novel? Author?

RH: That is an all-time favorite of mine. One of only a few novels I’ll take the time to re-read! What was the inspiration behind your recent novel, A Match of Sorts?

​I love marriage of convenience stories, and that was my inspiration for my recent release. And I wanted to match two very unlikely people.

RH: That is another thing we have in common. I am always fascinated by mail-order bride stories. When and where is A Match of Sorts set?

​Cedar Grove, Texas. It’s a fictional town. I sketched the town but let’s just say I should stick to writing and not sketching. LOL​!

RH: Who would you cast as the hero and heroine for this story?

LN: ​​I have a Pinterest board especially for A Match of Sorts where you can see all the images that helped inspire me! For Caleb Brennan I used Michiel Huisman from The Age of Adeline as inspiration! Beard and all! For Grace it was a little mix between Sharon Stone and Ingrid Bolso Berdal from Westworld.

RH: Were there any interesting historical facts you learned in your research you couldn’t work into your story?

LN: Not sure how it happened, but while I researched the treatment of wounds, I stumbled upon the history of the ice box. Let’s just say I love my refrigerator. Hee Hee!

RH: Anything else you’d like us to know about A Match of Sorts?

LN: On one side I wish I made it a novel and not a novella. I really enjoyed the characters.

Now that you’ve heard all about A Match of Sorts, Lucy’s provided a teaser. Here’s a snippet from Chapter One:

“She changed her mind.” Caleb Brennan dragged his fingers through his hair. His mail-order bride backed out of their agreement. After three months of corresponding with the young widow, she took one look at him and opted to marry a fellow passenger instead. Three months. Wasted! Numerous letters exchanged, arrangements made, money spent, and all to end with Mrs. Haddon heading to Austin in the very stagecoach that was meant to bring her to him.

“You can scowl at me all you want. It won’t change anything.” Trust his twin to state the harsh reality, without a touch of sugar.

“I’m still processing the sting, Luke.” Caleb scrubbed his face. His glower might intimidate Abby and Libby, his daughters, but it was useless on his brother.

“You should’ve told her sooner.” Luke collected the stack of wanted posters and thumped them thrice on his scarred desk to straighten the pages.

“I’m hardly a cripple.” Caleb rubbed his aching leg. The pain flared in concert with his frustration. He glanced at the far side of the room. Upright rusted bars like an iron fence separated the jail from Luke’s tiny office. The snores from the figure on one of the two bunks continued undisturbed.

Luke yanked a drawer open and shoved the papers in, and then rammed it. “She probably jumped to the wrong conclusion. Since you kept it a secret, she might wonder what other information you withheld from her.”

“Do you suggest I mention I’m a cripple in my next advertisement?”

“I need a wife. What choice do I have?” And as far as he was concerned, whoever filled the position could have the face and personality of a fencepost, as long as her presence improved his chances of not losing his daughters to his embittered father-in-law.

“Miss Preston seems interested.” Luke studied the steam spiraling from the mug of coffee cradled between his hands.

“You’re loco. You know I can’t marry Miss Preston.” The seamstress might be the prettiest woman in town, but she was too young and too idealistic. His second marriage wouldn’t be one of love and companionship and his bride needed to understand and agree with the terms from the start. He’d experienced love once before. Almost from the moment he’d first laid eyes on Margaret, he’d loved her. And she’d returned his affections. Her death near destroyed him. Never again. His next union would be one of respect and remoteness. An alliance on paper suited him.

Luke drummed his fingers on his desk. “How about I ask Ellen to pose as your fiancée?”

“You want to ask your wife to pretend to be my fiancée?” Caleb blinked. The warmth in the sheriff’s office receded despite the old woodstove standing only feet away. “I can’t wait to hear what she’d think about this idea of yours.” He shook his head. He loved Ellen—as a sister—and she was exactly what Luke needed in his life. But she’d drive Caleb crazy with her endless chatter, even if it was only a fleeting charade. Her overtly bright personality would exhaust him.

“Don’t look at me like that. It’ll be a temporary solution. The girls love and know Ellen.” Luke shifted on the chair, scrubbing a hand along his jaw. “There will be certain rules, of course. Limitations. No kissing. No touching.”

“It was one thing swapping places as boys to play pranks on people. Having your wife pose as my fiancée is a different ball of wax.”

“She’d do it if it means you get to keep the girls.”

“She’s a saint. What did you do to deserve her?”

“Got the Lord Almighty to thank for that.” Luke grinned and dipped his head. “I’ll speak with her tonight. We don’t have much time—”

“Whoa. You expect the entire town to go along with it?” Caleb braced his elbows on the desk.

“Will you throw those who refuse to play along in jail?” A rustle from the bunk drew Caleb’s gaze. The comatose drunk had rolled over, but audible snores still floated from the cell.

“Can you imagine the entire town in my cell? At least old Jeff would have company.”

“I’d rather not.” Caleb downed the last of his coffee. After putting so much effort into convincing his daughters how nice it would be to have Mrs. Haddon around, he now needed to tell them their plans had changed. He massaged his hip. The wound had healed, but the constant pain and distinct limp remained despite the doctor’s predictions that it would disappear.

Remember, to enter to win one of Lucy’s Novella’s leave a comment below!

Lucy’s debut novella, A Widow’s Captive is on sale for .99 cents! To Purchase any of Lucy’s books click please visit her Amazon author page or her publisher, Pelican Book Group. 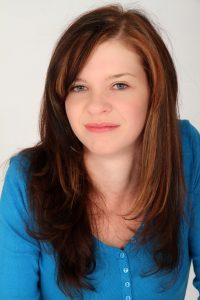 Lucy Nel is a coffee addicted work-in-progress daughter of the Lord Almighty. She’s a mommy to a rambunctious toddler and wife to her best friend and real-life hero. Along with three spoiled Pugs, they make their home in Gauteng, the smallest of nine provinces in South Africa.

Lucy enjoys connecting with readers. To find out what Lucy’s up to, you can visit her at: