Why I Write Historical Romance

When folks find out I’m an author the next question I’m usually asked is, “What do you write?” And when I respond, “historical romance,” the reaction is often a mixed bag. Many folks get hives at the thought of all those names and dates they had to memorize in high school.

I suppose the simple answer would be, I write what I love. But, the questions remains, why history?

Considering my high school American history teacher rarely spoke to us, opting instead to give us worksheet after worksheet with the occasional historical film tossed in to mix it up, it’s a wonder I enjoy the topic. Not only that, I actually have my B.S. in Social Studies Education from Messiah College and my M.Ed. in History Education from Penn State. Despite my teacher’s attempt to make me loathe his class, I’ve only become more passionate about the subject.

As Long as I Can Remember, I’ve Loved History 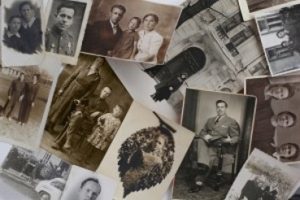 I’ve always enjoyed my paternal grandfather’s stories about our ancestors. He could regale us for hours with poems from his childhood or tales of life growing up on the Criste farm in Cresson, Pennsylvania. I remember staring wide-eyed when I’d learned that my maternal ancestors had been fur trappers and whisky runners on the Pennsylvania frontier during the French and Indian War. I loved the pictures of my father smiling proudly in his WWII naval uniform as well as the hats, spats and gloved hands in my grandparents wedding photos. From hat pins to war medals to my  mother’s worn and faded WWII ration book, I was captivated. 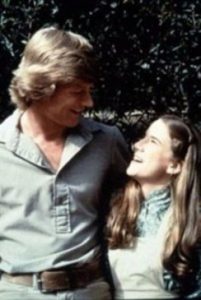 But I suspect my love for history began fermenting as a child when I tuned in each week to share the joys and struggles of the Walton family during the Great Depression or to watch Laura’s adventures on Little House on the Prairie. I slept in my night cap, had a slate and chalk to play school with, and even pretended to tote my lunch in a tin pail. When mom wasn’t looking, I donned my yellow, calico bonnet and sat on the back of the couch pretending it was the seat of our Conestoga wagon as we crossed the prairie through the Dakota Territory.Then one September night in 1979, Laura Ingalls peered lovingly into Almanzo Wilder’s eyes and called him “Manly” and I’d discovered something new—historical romance. However, it wasn’t until my sister introduced me to Love Comes Softly, nearly twenty-five years later, that I knew Christian historical romance existed as a genre. Not only did I devour the entire LCS series, but everything that Janette Oke had written. I quickly moved on to other authors and before long found myself lost in their story worlds.

It’s been a love affair ever since.

It seems as though I’ve always been wondering, always dreaming about what it might have been like to live “back then” whenever “then” might have been. Inspired by my youngest son, I decided to tinker with storytelling myself. It wasn’t long before my secret hobby became a God-given passion.

While I love dragging my family to museums and battlefields, I fully acknowledge I wouldn’t truly want to live then (although a short stint on a historical reality show might be cool to try). Writing historical romance allows me to ponder bygone eras and visit all those place I wonder about — a medieval castle, Civil War battlefields, a Regency estate, or a wagon train on the Oregon trail — all from the comfort of my twenty-first century home.