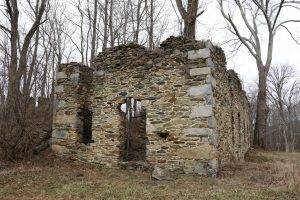 The Potts-NeerMill was still in full operation when it was burned by federal troops in 1864. It is still known locally as the “Old Burnt Mill.”

My current work in progress, Surrendered Hearts, examines what happens when God calls us to sacrifice those things we hold most dear. Characters are called to lay down their dreams and ambitions, their pride, and ultimately their hearts as God recklessly pursues each of them. Hearts and wills are challenged, and lives transformed as characters experience restoration with one another and with God.

Set against the back drop of America’s Civil War in historic Loudoun County, Virginia, Surrendered Hearts follows the Ashby family as they struggle to survive and endure through tragedy and loss. Folllow the Ashby’s as relationships bloom, hearts are broken, and destinies are forged.