As Americans, we grew up hearing about the British, Spanish and French colonial influence on our nation. If you were a history nerd like me, you’d even remember that Holland got into the action in New York.

But did you know that Sweden also had colonial ambitions in the New World as well? 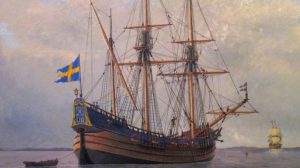 Painting of the Kalmar Nyckel, a Dutch-built armed merchant ship famed for carrying Swedish settlers to North America in 1638 to establish the colony of New Sweden. (Credit: Jacob Hägg/Wikimedia Commons/PD-US)

Undoubtedly inspired by the growing wealth of other colonial powers, Swedish, Dutch and German stockholders formed the New Sweden Company in 1637 to trade for furs and tobacco in North America. In March 1638, the first settlers arrived in the Delaware Bay and began to build a fort at the site of present-day Wilmington, Delaware. Fort Christina, named in honor of Sweden’s twelve-year-old queen, was the first permanent European settlement in the Delaware Valley.

“New Sweden” once spanned parts of Delaware, New Jersey and Pennsylvania. In fact, it may well be one of the oddest events of the Age of Discovery. “New Sweden was the last of the European colonial empires to be founded in North America,” says historian Hildor Arnold Barton, “as well as the smallest, least populous, and shortest-lived.” 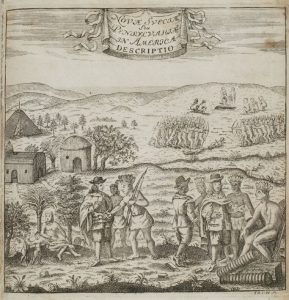 Over a period of seventeen years, twelve more Swedish expeditions left Europe for New Sweden bringing with them approximately 600 Swedes and Finns to populate the fledgling colony. The colonists established farms and were considered to be fair and honest traders with the local Lenape Indians.

Unfortunately, the New Sweden colony never became as prosperous as its Dutch and English competitors to the north and south. The colony’s population was often less than 200, and interest in immigrating was almost nonexistent back in Sweden. Settlers were so hard to come by that the Swedish crown eventually resorted to forcing petty criminals and military deserters to populate the colony, but New Sweden was still largely neglected and eventually conquered by the Dutch in 1655. 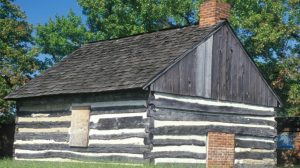 Although New Sweden has faded into the pages of forgotten history, its short-lived presence on American soil left behind two important testaments to its existence–Lutheran Christianity and the most iconic of American buildings–the log cabin. While Swedish immigration slowed to a mere trickle during the 18th century, it experienced a resurgence in the late 19th and early 20th centuries when nearly 1.3 million Swedish immigrants arrived on American Shores. This time, Swedish settlers bypassed the Delaware Valley and headed west where today large numbers of Swedish-Americans call Minnesota, Illinois, Iowa, Kansas, Nebraska, Texas, California and Washington, home.

I’ll have to put a trip to Fort Christina on my list of places to visit. If you’ve visited this site or already new about the Swedish colony’s presence, please leave a comment below.