Tag: The Patriot and the Loyalist

Book Review–Return of the King’s Ranger & A Giveaway!

The war was over…for everyone but him. 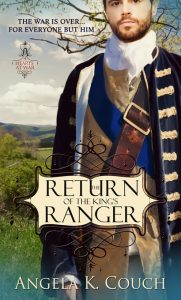 The war for American freedom is over, and the British have gone back to England. Not knowing what has become of his family since he was forced into the Continental Army nine years earlier, Myles Cunningham wants to go home as well. He returns to the Mohawk Valley with the understanding that he is believed to have been shot for deserting—fiction that might be made real if anyone recognizes him as the son of a Tory and a King’s Ranger.

Everything is wonderful in the growing community along the Mohawk River, except Nora Reid is still alone. With her brother happily settled and both her younger sisters starting families of their own, Nora feels the weight of her twenty-four years. A long walk leads her to the overgrown rubble of the Cunningham homestead where a bearded stranger begins to awaken feelings she’d lost hope of ever experiencing.

With secrets abounding—including whether Myles even cares for her—Nora must determine what she is ready to give up and how far she will go to secure his affections. She begins to break through his defenses, but Myles can’t risk staying.

Not if he loves her.

Frequent readers of Romancing History will be familiar with my dear friend, and fellow author, Angela K. Couch. It is no secret that I’m a huge fan of Angela’s books. Her newest release, also the last in the Hearts at War series (insert sad emoji here), The Return of the King’s Ranger, lived up to all my expectations!

Set in post-Revolutionary War New York, The Return of the King’s Ranger finds the elusive Myles Cunningham in search of his younger siblings. Being a loyalist, he keeps his true identity hidden from everyone, including the beautiful Nora Reid. Nora is convinced that at 24 she’s missed her chance at love but when she meets Myles, she believes he may be just the man for her. As Myles is drawn toward Nora, he fears his secrets will bring dangerous repercussions upon her and his family.

Myles is a complicated hero. I love that Couch walks a thin line with this character. He is broody and stands on the wrong side of history, but his inner struggle with ghosts from his past elicit sympathy from the reader and make you root for him to overcome his demons with Nora’s steadfast kindness and understanding.

The romantic tension between Myles and Nora is palpable. Couch really upped the ante in this installment of the series. My gut twisted wondering how she would bring these two protagonists together when so many obstacles stand in their way.

One of my favorite things about Couch’s writing is her beautiful descriptive prose. She has a gift for transporting the reader back in time. Infused with historical details, The Return of the King’s Ranger has settings so real you can not only see the Reid farm, but smell the musty hay and hear the horses hooves clop on the dusty roads.

The Return of the King’s Ranger is a strong finale to this amazing Revolutionary War series that I strongly recommend.

I’m thrilled to give this book five stars.

Forgiveness is the major theme that stands out to me in The Return of the King’s Ranger. Anger rages in Myles over the war and its effects on him and his family. His inability to make peace with the past leads to terrible unrest and nightmares and nearly costs him the woman he loves. His journey to find peace reminds us that unchecked resentment hardens the heart and makes the soul bitter. No matter how wrong one has been treated, Christ calls us to forgive as He has forgiven us.

Other Books in the Series: (Blurb, Tag, Cover, Purchase Links) 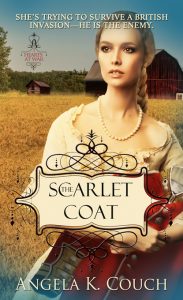 Surrounded by the musket fire of the American Revolution, Rachel Garnet prays for her family to be safe. When the British invade the Mohawk Valley and her father and brother don’t return from the battle, she goes in pursuit of them. She finds her brother alive but her father has been killed at the hand of the enemy. Amidst the death, how can she ignore a cry for help? Rachel reluctantly takes in a badly wounded British officer. But how long can her sense of Christian duty repress her hatred for his scarlet coat?

Passages of Scripture and fleeting images of society are all Andrew Wyndham recalls after he awakens to the log walls of his gentle prison. Even his name eludes him. Rachel Garnet insists he is a captain in the British army. He mourns the loss of his memory, but how can he hope to remember war when his “enemy” is capturing his heart? Andrew’s injuries are severe, his memory slow to return, and the secret of his existence too perilous to ignore.

As Rachel nurses him back to health, his hidden scarlet coat threatens to expose the deeds of her merciful heart, and Andrew is forced to face a harrowing decision—stay hidden and risk losing the woman he loves or turn himself in and risk losing his life.

The Patriot & the Loyalist, Hearts at War (Book #2) 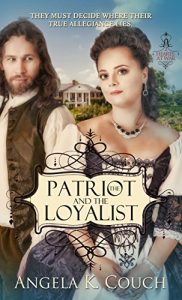 Completing his three years in the Continental Army, Daniel Reid still has no desire to return home—not after losing the woman he loves to a British Captain—so he volunteers to ride south through enemy lines and deliver a message to Colonel Francis Marion, the Swamp Fox. With his temper needing a release and a dark haired beauty finding her way into his broken heart, Daniel decides to join the Swamp Fox’s efforts against the British. Little does he know the British still have the upper hand.

Lydia Reynolds has learned that love comes at a price, and she refuses to pay. Better to close her heart to everything and everyone. When her brother-in-law won’t grant her passage to England, where she hopes to hide from her pain, New Englander, Daniel Reid, becomes her only hope—if she can induce him to give her information about the notorious Swamp Fox and his troops. When the British grow impatient and Daniel evades her questions, Lydia must decide how far to take her charade. The poor man, already gutted by love, hasn’t grown as wise as she. Or so she supposes&hellip;

Until the truth is known, the muskets are loaded&hellip;and it is time to decide where true loyalties lie. 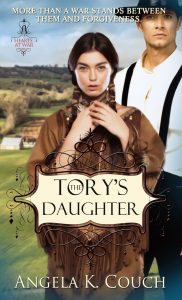 Burying his wife is the hardest thing Joseph Garnet has ever done—until he’s called to leave his young son and baby daughter to fight Iroquois raiders. When one of the marauders tries to steal his horse, the last thing he expects is to end up tussling with a female. The girl is wounded, leaving Joseph little choice but to haul her home to heal—an act that seems all too familiar.

Though Joseph doesn’t appear to remember her, Hannah Cunningham could never forget him. He rode with the mob that forced her two brothers into the Continental Army and drove her family from their home—all because of her father’s loyalties to The Crown. After five years with her mother’s tribe, the rebels and starvation have left her nothing but the driving need to find her brothers. Compelled by a secret he’s held for far too long, Joseph agrees to help Hannah find what remains of her family. Though she begins to steal into his aching heart, he knows the truth will forever stand between them.

Some things cannot be forgiven. 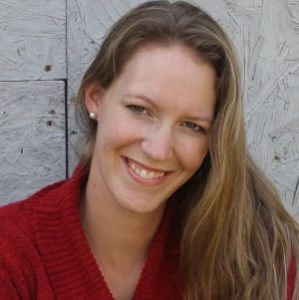 To keep from freezing in the Great White North, Angela K. Couch cuddles under quilts with her laptop. Winning short story contests, being a semi-finalist in ACFW’s Genesis Contest, and a finalist in the International Digital Awards also helped warm her up. As a passionate believer in Christ, her faith permeates the stories she tells. Her martial arts training, experience with horses, and appreciation for good romance sneak in there, as well. When not writing, she stays fit (and warm) by chasing after three munchkins.

****This Giveway is now closed. Congratulations to our winner, Melissa S!****

Angela is generously giving away one Kindle copy of The Return of the King’s Ranger. But I love this series so much, I’m going to add in books #1-3! That’s right, one lucky winner will receive a Kindle copy of each book in Angela’s Hearts at War series!*

Angela’s tag line is “making history and fiction fall in love.” To be entered to win this prize package, let us know in the comments which historical period is your favorite setting for a good old-fashioned love story.