Before we chat with Gay, here’s a bit about Mattie’s Choice:

It’s 1925 in rural Oklahoma. A naïve seventeen-year-old Mattie chooses to elope with Jesse, leaving behind an ideal life with her wealthy and loving family. With hope for a happy future, she vows to stay with her husband through good times or bad, but the wonderful life Mattie dreams of is shattered by Jesse’s abusive nature and his refusal to allow her to see her family.

When Jesse’s brother, Joe, brings home his new wife–the vivacious Ella–Mattie believes Ella is living the life Mattie prays to have with Jesse. As the years grow harder and Jesse and Mattie’s growing family struggles to survive The Great Depression, The Dust Bowl and illness, Jesse’s abuse worsens.

Life also unravels for Ella and Joe as he begins to abuse his wife. Ella makes the choice that Mattie has never considered.

Will Mattie keep her vow to stay with Jesse at the risk of her own life and the life of her children or will she leave him despite the vow?

Welcome Gay! Please tell us a little bit about yourself and your writing.

I’m a pastor’s wife and a mom. Before my writing career, I was an interior designer. I’ve always been creative and loved working with colors and words. When I retired, the first thing I did was to begin a book. The book was called Choices. I’ve written and rewritten it many times. It’s now Mattie’s Choice. I didn’t realize Mattie’s Choice was Historical Women’s Fiction, and I tried marketing it in the wrong genres. In the meantime, a kooky angel came to mind and I started writing Romantic Fantasy. The Sarah Series has been very popular. I’m hoping readers won’t mind the switch to this new genre for Mattie’s Choice.

I have 14 books listed on Amazon and other online book sellers. They are available in eBook. Many are available in print and audio. They’re all Christian and faith inspired. All my Sarah books are squeaky clean. So is my latest, Mattie’s Choice. Rather than list them all with blurbs, let me invite you to my Amazon Author Page.

What was the inspiration behind your recent novel, Mattie’s Choice?

My husband’s mother and his aunt. They lived during the days when women had no rights, weren’t considered equal, and most thought them inferior. These two women were married to abusive, controlling men and each made a different choice regarding their relationship with their spouse.

Why did you choose to set the story during the dust bowl/Great Depression?

This is the time when my husband’s mother and his aunt actually lived. I heard them tell stories about their lives, and many of those stories found their way into my book. Those years were difficult ones for people.

How do your character’s cope with the food shortages and unemployment that typify that era?

My story is set in Oklahoma. Will Rogers was able to raise $30,000 for the Red Cross during the Great Depression. These monies supplied wheat and a few other commodities for starving families. Many of the families lived in tent cities because they’d lost homes and livestock. People shared what they had with others. They had little, but they gave what they could spare. The construction of Route 66, also known as the Mother Road, put men to work during that time, and they were grateful for it, but not every man was chosen for the work.

Were there any interesting historical facts you learned in your research you couldn’t work into your story?

Too many to count. I found it difficult to believe Will Rogers could raise that much money during those times. I learned that women brewed coffee grounds over and over and the first pot was the treasured one of the day. I discovered people called the tent cities for the homeless, “Hoovervilles.” So named after President Herbert Hoover.

Anything else you’d like us to know about Mattie’s Choice!

The premise for Mattie’s Choice concerns choices, the way we interpret Scripture, right or wrong, and the choices we make based on what we perceive the Bible to say.  The choices we make have a ripple effect on the lives of others. I wrote this book to help abused women realize they have choices. Mattie Colby didn’t have many in 1925, but more exist today. Mattie believed her husband’s behavior was her fault. Women today often feel the same way. I’ve heard more than one say, “If I could only be a better wife, he’d love me more and he’d be kind.”

My mother-in-law was married to a controlling man. He refused to allow her to see her family—even her twin brother, but even this day-in-time, controlling men exist. One of my daughters married a man who physically attacked her. Talk about a shocker. That one was. I have a niece who also married a nutcase. Weirdos are out there. What choices can women make to change an ungodly situation? I hope this book will help them realize God has better plans for them.  There weren’t many resources in 1925 to help abused women, but they exist today, and I hope women will search for them. I’m also hoping that all of us females will bond together to help each other.

Here’s an excerpt from Mattie’s Choice:

“There’s just not enough decent food these days. Bobby, Adam’s friend from up the street, came over to play yesterday but he could barely move. I heard his stomach growl and gave him a bowl of beans. He wolfed them down in short order. Poor thing admitted he hadn’t eaten since the day before, I’m guessing their cupboard is bare. His father takes odd jobs and provides as much as he’s able. I sent biscuits home with Bobby. Where does it stop?”

Mattie enjoyed talking to Ella about current events. Many of Ella’s views differed from Jesse’s, but she liked hearing a different opinion and forming new ones of her own. “I didn’t mean to sound so dismal. Our house in Fossil Creek is gone, but we still have a roof over our heads. I ache for those poor homeless farmers who lost their homesteads.” Mattie sneezed into her handkerchief. “And these lollapalooza dust storms that never end. If the farmer wasn’t run off because of a lack of money, he had to abandon his farm because of the powerful dust storms. That prairie wind keeps blowing dirt everywhere.” Mattie shook her head and gazed about her as if to find a giant pile of mud in a corner.

Mattie grimaced. “I think Dirt Bowl is more accurate. Every time one of those gales blow in, we can’t even breathe. It’s like eating a mud pie.”

Ella nodded. “And about the time we get all that dirt out of the house, another one comes along.”

“Who will ever forget that storm a few weeks ago?”

Ella shook her head. “Black Sunday. They called it an ebony blizzard across the country. None of us could see five feet in front of us.”

“Dirt covered everything in this house, and I’m still finding it in odd places.” Mattie stood. “Let me get the pot so we can have another cup.”

Ella followed Mattie to the kitchen. “Children, you sure are making a mess. You’re supposed to put the oatmeal in your mouth, not on the table, and stop feeding Old Red.”

James spoke up. “Old Red is hungry too.”

“I know he is, but that food is for you. He’ll eat something later.”

Mattie smiled as Ella tousled James’s hair. They returned to the couch.

Ella sipped her coffee. “It’s been one disaster after another for seven long years. The Lord must have something in mind for these hard times, but I can’t imagine what it is.”

“Me either. We both know families who had to relocate to survive. It about broke Jesse’s heart when his parents had to move back to Kentucky. Did I tell you we had a letter from them the other day?”

“How about your family?”

Mattie set her cup aside. “Mrs. Shuster wrote. She didn’t know what Mr. Winchester is doing these days since he lost the bank, but she assured me my father and Maury are all right. Papa never placed money in the bank.” Mattie gave a small chuckle. “Papa always said he’d never trust a bank.”

Ella sighed. “That’s good news. I’m glad to hear they’re surviving. Others must move but have no place to go. People are trying to make it to California, but they don’t have the means to get there.”

“Jesse talks to men at the station. Many of them are traveling around trying to find work. He heard that Oklahoma City has its own Hooverville. Those unfortunate folks are living in tents, boxes and rusted motorcar bodies.”

“Yes, I’ve heard that too. The Hooverville in Oklahoma City is huge. Tulsa hasn’t experienced as much suffering as Oklahoma City, but we have hobo villages too.”

“Have you seen those places?”

Ella brushed a tear from her eye. “I hear about them. It’s so sad. With no roof over their heads, people had to pitch tents, but folk in Tulsa aren’t the only ones. Tent cities have popped up all over the country. I’m a Republican who supported President Hoover, but he didn’t do enough to help the country’s economy. It seems fitting these drifter communities are named after him.” Ella glanced away and her lips trembled.

Mattie guessed Ella was envisioning the impoverishment she saw each day in the hospital.

Ella shook her head. “Families steal for food and clothes. We treat many cases of starvation at the hospital. Others, the elderly and babies, suffer from asthma due to the dust. If it weren’t for the Tulsa Chapter of the Red Cross, I don’t know what these families would do. The chapter helps with medical bills for destitute people.”

Mattie nodded. “Thank God for Will Rogers. He was a big help too.”

“Yes, and I do thank God for Will Rogers. That $30,000 he raised for the Red Cross with a benefit performance here in Tulsa a few years ago helped us immensely.” Ella sighed and water filled her eyes as if she had a bad cold. “The amount of human suffering overwhelms me.”

Mattie reached over and patted Ella’s hand. “You’re a first-rate nurse and patients benefit from your care and concern.”

Ella took a deep breath. “I just wish there was more I could do for them.” She finished her coffee and handed the cup to Mattie. “I’m off.” She walked to the kitchen, kissed her boys, and hugged the others. “OK, you big brood, be nice to Mattie today.”

The children beamed at her. When she wasn’t working, she brought fun and laughter to their midst. 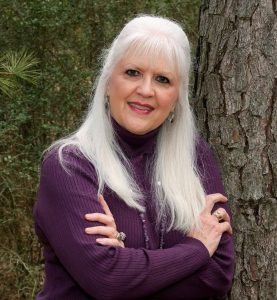 A native Texan, Gay’s written and produced videos, and for over ten years, she used her imaginative insight in the interior design field. As a pastor’s wife, she writes Faith Features for various church periodicals. She also writes articles for Texas Hill Country.  Gay is a published author for Pelican Book Group in romance and fantasy fiction. Her current series is about a dyslexic angel who comes to earth to help humans, but Sarah, the angel, is more like Lucy Ricardo with humorous antics and bumbles. Her latest books, Mattie’s Choice, and Clue into Kindness are women’s fiction. The stories are about abusive men and women who are addicted to an unhealthy relationship.