A staggering love illuminating the dark corners of a Nazi prison.

Renowned German pastor and theologian Dietrich Bonhoeffer is famous for his resistance to the Nazi regime and for his allegiance to God over government. But what few realize is that the last years of his life also held a love story that rivals any romance novel.

Maria von Wedemeyer knows the realities of war. Her beloved father and brother have both been killed on the battlefield. The last thing this spirited young woman needs is to fall for a man under constant surveillance by the Gestapo. How can she give another piece of her heart to a man so likely to share the same final fate? Yet when Dietrich Bonhoeffer, an old family friend, comes to comfort the von Wedemeyers after their losses, she discovers that love isn’t always logical.

Dietrich himself has determined to keep his distance from romantic attachments. There is too much work to be done for God, and his involvement in the conspiracy is far too important. But when he encounters a woman whose intelligence and conviction match his own, he’s unprepared for how easy it is to give away his heart.

With their deep love comes risk–and neither Dietrich nor Maria is prepared for just how great that risk soon becomes.

Based on detailed historical research, this true love story is at once beautiful and heartrending. My Dearest Dietrich sheds new light on a world-famous theologian . . . and the woman who changed his life.

I’ve been looking forward to the release of My Dearest Dietrich: A Novel of Dietrich Bonhoeffer’s Lost Love since I first saw author Amanda Barratt‘s post that she’d signed a contract for the novel. Well folks, the wait is over and I can honestly say the book was everything I’d hoped for and so much more.

The depth of research that Barratt undertook to write this novel is staggering. It takes a talented writer to bring the love story of a well-known hero of the Christian faith to life even when the ending is inevitably known. Using numerous excerpts from the private love letters exchanged between Dietrich Bonhoeffer and his young fiancée, Maria von Wedemeyer, Barratt gives the reader a glimpse into the deep faith and tender romance between these ill-fated lovers.

Barratt doesn’t paint an overly-romanticized version of their relationship either. The nearly twenty year difference in their ages raises concern on the part of Maria’s mother as well as Dietrich’s involvement in subversive activities that, if discovered, could bring not only heartache to Maria, but danger for everyone she holds dear. Nor does the author avoid the dark circumstances surrounding Nazi Germany when the two inexplicably fall in love. She accurately portrays the horrific realities of WWII and life in Tegel prison—atrocities, heartbreak, endless interrogations, and constant surveillance, yet seemlessly weaves hopeful threads of triumph, strength, courage, endurance, and the ever present faith that carries the main players through all that stands in their way.

As a writer of historical romantic fiction myself, I thoroughly enjoyed the numerous historical details Barratt employed throughout making the setting and time period come alive without bogging the story down. From black out curtains and rations, to air raid sirens and secret plots, Barratt never lets us forget who her characters were and what was at stake for them. I especially appreciated the sprinkling of German words—mutter, vater, kaffe, and kuchen (just to name a few), that were not overdone or distracting from the story. I often found myself reading many of the other lines with my own feeble German accent.

It’s not uncommon for characters to stay with me long after I’ve finished a novel, but My Dearest Dietrich is a story I cannot stop ruminating over. With heart-wrenching angst and gut-twisting turmoil, Barratt kept me turning the pages and left me completely undone. I can honestly say that I’ve only reread a few books in my adult life, but I’m confident My Dearest Dietrich has earned a coveted spot among those rare titles whose story I will want to revisit time and time again.

“Always remember. It is only space that separates us.”

“I’ve given you so little, but if my unending love is worth anything, then it is yours. Know that whatever comes, it is and will always be…yours.’

“Our love was destined to begin just when we parted…You felt you ‘couldn’t go on.’ So tell me, can you go on without me? And if you feel you can, can you still do so if you know that I can’t go on without you?”

“You, Dietrich Bonhoeffer, are my gift. And I need no other.”

“Lives would be taken by the Reich. Who knew when each of them might be required to surrender theirs. But spirits would live on, and someday, someday their stories would not be silent.”

“What was faith if it was not living fully and completely in all of life—its joys and sorrows, burdens and blessings? Taking hold of what one was given, instead of fearing what may come.”

I imagine the previous quote tells you more about the spiritual takeaway from this story than anything I will expand upon here. I was greatly moved by the depth of Bonhoeffer’s faith in the spite of such horrific circumstances. To see this great man of the faith, struggle with questions of morality in the face of such evil made me realize that just because we may wrestle over the “right” Christian response, doesn’t mean we are weak in our beliefs. Actually, its quite the opposite. When our faith is strong and our desire to seek God’s will is earnest, we will grapple with applying our faith to the challenges the world around us presents. All we can do is what we sincerely believe to be “right” in that moment.

I was also deeply moved by the portrayal of Bonhoeffer’s life inside Tegel prison. While having much on his own plate to worry about—the fate of his family and fellow conspirators, his fiancée, and whether or not his own life would be spared, Dietrich put others first—ministering to those in the sick ward, those injured when Allied bombs struck the prison, and even comforting the prison chaplain who felt the strain of shepherding so many souls sentenced to death for “subversive” activities. Sometimes I think as believers we feel we need to have experienced extreme circumstances to have a testimony. Perhaps Bonhoeffer’s true legacy, even more than the great works he authored, is that he was quite simply a Christian who ministered to others right where he was in spite of his own weariness and difficult circumstances. He stepped outside of himself, and put others first.

Through the pages of My Dearest Dietrich, we not only see the well-known theologian but Bonhoeffer as he saw himself—an ordinary man living his faith daily to the best of his ability. This book has left a lasting imprint on my soul to love those around me to the best of my ability, be a breath of encouragement no matter the circumstances, and to stand strong in my beliefs.

“Whoever I am, Thou knowest, O God, I am Thine.” ~ Dietrich Bonhoeffer 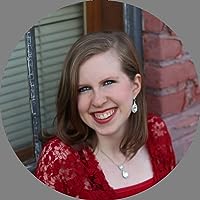 ECPA best-selling author Amanda Barratt fell in love with writing in grade school when she wrote her first story—a spinoff of Jane Eyre. Now, Amanda writes romantic, historical novels and novellas, penning stories of beauty and brokenness set against the backdrop of bygone eras not so very different from our own. Her novel My Dearest Dietrich: A Novel of Dietrich Bonhoeffer’s Lost Love, releases from Kregel Publications in June 2019.

She’s also the author of My Heart Belongs in Niagara Falls, New York: Adele’s Journey, as well as seven novellas with Barbour Publishing. Two of her novellas have been finalists in the FHL Reader’s Choice Awards.