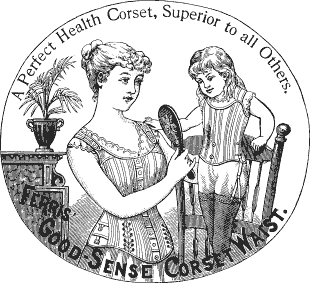 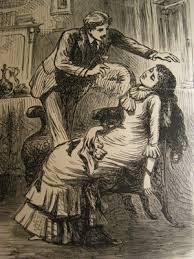 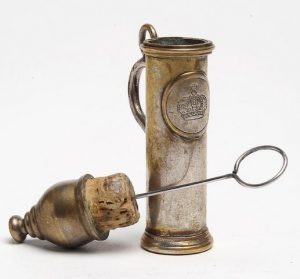 Life in the Victorian Era, Fact or Fiction?

Despite the image of lavender sachets, lace doilies, and strict rules of social etiquette, not everything we’ve come to believe about life in the nineteenth century is true. Compare these facts to your assumptions and see  if those clever Victorians have you fooled.

Victorian women married young. False. Although the legal age to marry was lowered from twenty-one to twelve years of age in 1823, most women of the Victorian era married between eighteen and twenty-three. Upper class families actually preferred their daughters not to marry before reaching the age of twenty and it became increasingly popular for wealthy women to wait until their mid-twenties to wed.

Pink was a masculine color in Victorian England. True. The Victorians viewed their children as small adults and often expected adult-like behavior from their little charges. So its no wonder they favored lighter shades of the colors favored by themselves. Red was considered a strong, virile, masculine color and dressing boys in pink was commonplace. Blue was considered dainty and feminine. It wasn’t until the 1930s and 40s that blue became universally associated with boys and pink with girls.

Men wore corsets. True. As early as the seventeenth century, upper class males wore corsets or body belts to give their masculine physique the smooth lines that men’s fashions demanded at the time. Like their feminine counterpart, the body belt laced in the back. However nineteenth century men weren’t burdened by stiff whalebone supports. Instead, their corsets were made of lightweight cotton and often sported side buckles to prevent a pudgy tummy from escaping.

Victorians married their cousins. True. More than one marriage in ten was between first or second cousins among the Victorian upper class. Most notably, Queen Victoria and Prince Albert were first cousins. The arrangement was seen as beneficial to ensure that both power and wealth remained concentrated among the landed gentry especially at a time when the Industrial Revolution rapidly created a new generations of wealthy individuals. Ironically, the evolutionist Charles Darwin, who himself was married to his first cousin, Emma Wedgwood, was one of the first scientists to raise concern that consanguineous marriages had “injurious results to man”. By the late 19th century, physicians noticed an increased number of birth defects among families where marriage occurred between close relatives. The practice was discouraged and eventually fell out of fashion eventually becoming illegal in the early twentieth century.

Emma Brownlow, “The Foundling Restored to its Mother” (1858)

The notion of the “fallen woman” preoccupied Victorians. True. Victorian art and literature often revolved around the theme of a virtuous woman corrupted by the vices of sexual misconduct or alcohol abuse. The fallen woman was often led to desperate measures to survive such as thievery or prostitution. Others were driven to suicide. Offspring conceived in such immorality were commonly admitted to Foundling Hospitals where the illegitimate children became wards of the state. Mothers’ names were rarely recorded and children were often left with only a ribbon, swaddling blanket, or some other trinket to identify them with the hope of a future reunion.

Victorian women removed ribs to make their waists smaller. False. Although late nineteenth century fashion favored tiny hour glass figures, Victorian women did not have their lower ribs removed to create that highly desired wasp-like physique. Vanity aside, Victorian surgery commonly left more patients dead than alive so it would have been absurd to consider such a risky procedure. However, from a young age females were wrestled into the restrictive garments as they were considered conducive to good posture and believed to keep internal organs in proper alignment.

Obsessed with Gothic tales of vampires and other monsters, Victorians protected the graves of loved ones with iron cages. False. As the demand for corpses for use in anatomical dissection rose, it became an increasingly lucrative business to steal newly interred bodies for sale to medical schools. But in nineteenth century England and Scotland, it was a commonly held belief that the dead could not be resurrected if their bodies were not fully intact. The mortsafe was invented to protect the newly deceased from grave robbing. They came in many different styles but the one thing they held in common was their weight which prevented the interred body from being snatched.

Which fact about Victorian life surprised you the most?